Can’t get enuf of the big aquarium…. 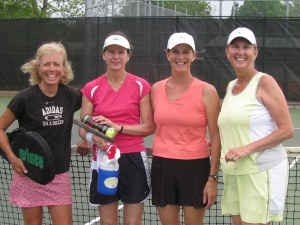 Still groggy from lack of sleep….I dragged my bod off of the Mega Dock…and over to the nearest tennis court for an hour of singles, followed by another hour of doubles. Chasing a little ball around the court, and trying to focus on hitting it with the racket strings was a bit of a challenge – but I had the best excuse going for any mis-hits. “I just got off my boat OK?” Despite lacking the precision to hit the ball squarely – the abundance of endorphins and camaraderie made up for it all! Thankfully my partner Cindy, and opponents were gracious enough not to mind. Love this southern hospitality!
By 11:30AM, slack tide, Paddy and I moved Cat Maudy from one side of the peninsula (on the Ashley River)….to the other side (on the Cooper River) – to dock for a week at the Charleston Maritime Center. The rates were cheap (relatively), and from our new location – we were within easy walking distance of grocery stores, pizza delivery, and the Charleston Aquarium. 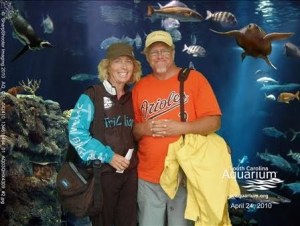 It wasn’t as if we were lacking for marine life. We live and breath marine life. So, why not spend an afternoon getting close and personal with otters, bald eagles, sea horses, eels, albino alligator, penguins, sharks…monsta‘ turtles…and hundreds of species of fish?

The most popular exhibits — based on the number of 5 year olds in attendance – are the river otters and the huge loggerhead turtles. I admit, it’s hard to walk away from these exhibits. The river otters appear to be fed a diet high in sugar. There is no shortage of energy with these creatures – and they were happy to perform a show demonstrating endless enthusiasm in the form of diving, swimming, staring at their fake dam, followed by more swimming.

The loggerhead turtles are found in the “big ocean bowl” exhibit – where they swam in a counter-clockwise direction with hundreds of other huge fish. I assume the fish, sharks and turtles in this exhibit got together one day, and decided that the fishbowl highway runs counter clockwise. Everyone seems good with this program, except the turtles. These guys are cruisin’ for a bruisin. About every 5 minutes, the turtles change course to clockwise, and this is where the real fun begins. Big fish collisions! The water churns with excitement. Who knew that turtles were such troublemakers? 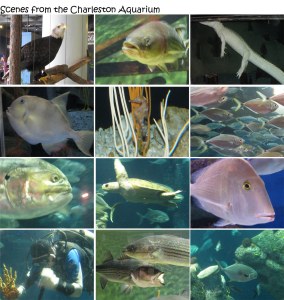