A week on the BB 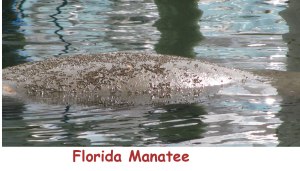 I often wonder if the “roaring 40’s” — a latitude of 40-50 degrees with huge winds in the Southern Ocean — have migrated north. To Miami. There is no shortage of wind in northern Biscayne Bay. We spent two days peering at the wind gauge – and monitored steady 35 knots (40MPH), and gusts to 40+ knots. The water shuttle service shuts down when the winds blow over 30 knots. Unable to get to shore, this gives us plenty of time to:

* fix the port engine…that wasn’t previously broken….until Paddy decided to fix it
* fix the dingy engine. this one is definitely broken.
* see our first manatee (which looks like a floating sand dune)
* watch boaters make dramatic arrivals in high winds into the mooring field or nearby anchorage
Attempting to grab a mooring (or anchor) in super high winds, is a bit of a challenge. A motor yacht circles 20 or more mooring balls before he decides to “go for one”. As he approaches the mooring ball…his first mate reaches out with their ONE AND ONLY boat hook to grab the mooring line….only to get the hook caught in the line. The boat hook is ripped out of her hands…and sinks.
VHF channel 68 is a buzz, with neighboring boaters offering up a boat hook for this new arrival to borrow. The captain has enough trouble getting close to the mooring ball. He decides NOT to get close to another vessel to borrow a boat hook. Again and again, the motor yacht makes his approach….and each time, a mega gust of wind blows him further away. His first mate is trying to catch the line with her hands – since their one and only boat hook has sunk. It’s not looking good. I’m busy providing telepathic support. “C’mon, you can do it….grab that mooring ball….c’mon c’mon c’mon” As I scan the mooring field with my binoculars – other boaters appear to be offering telepathic support as well. We all have our binoculars on this drama. After an hour of missing the mooring ball, finally, the wind cooperates for a split second — allowing the Captain to get close. The first mate grabs the mooring line and holds on tight. I’m exhausted just watching them.
But wait…there’s more. A big monohull has decided to take a shortcut across the anchorage. It’s either low tide, or the captain forgot to check his charts. The anchorage can be very shallow – and sure enough, his keel hit bottom. Hard. He’s now heeled over. Waaay over. Nearly on his side. All in heavy winds. TowBoat US to the rescue. Three hours later, with two tow boats on the scene…he is towed to a mooring ball. We assume he damaged his prop – since he could no longer operate under power.

Just behind the mooring field, is an anchorage with 20-30 boats that have seen “better days”. Despite how hard and long the wind blows, the boats at the anchorage never seem to “drag anchor”. They hold their position, as if they are permanently moored. Um….that’s because they ARE!

Our friends Karen & Larry arrived on Chateau sur la Mer. The winds are gusty. As Captain Larry searched for good spot to anchor, the winds had other plans. Before he knew it, his prop got entangled in an anchored boat’s line. Chateau is down an engine…and has become “one” with the anchored boat. Within minutes, dinghies and captains from other boats arrive on the scene – including Captain Paddy on our dinghy with the broken engine. Our dinghy engine dies out every 20 seconds. This should be helpful.

Chateau didn’t just choose any ol’ boat in the anchorage to bond with. It’s owner is not aboard. This particular boat has a spider web of 5-10 anchors out. No wonder these anchored boats don’t drag anchor. If one anchor loses grip….there are a half dozen more anchors to keep on holding.

It’s heartwarming to see so many boaters offering to assist – at their own personal risk. But, too many “captains” is not necessarily a good thing. I’m not sure who is running the “show”, but from a distance, it looks like chaos. Captain Larry slips into a wetsuit….and dives under Chateau to assess the situation. No one seems to be watching the diver. Except me….on binoculars. This is now my job – and I don’t take my eyes off of him. Larry dives….and dives…and dives…to no avail. The line is wrapped too tight around his prop. It needs to get cut free. The water is cold…and Larry hops back aboard.

Captain Juan – on one of the dinghies….is poised and ready. He takes over the diving…and after 30 or so dives…comes to the same conclusion. The anchor line needs to get cut free. The owner is reached via cell phone. He insists that another anchor gets added to his spider web of existing 5-10 anchors. Captain Larry and his team of dinghy captains obliges. The troublesome anchor line is cut….a new anchor is dropped…and Chateau limps away from the monohull and its spider web of anchors.